What is the LNAP? The Long Night Against Procrastination (LNAP) is a special event to help students accomplish some of their academic goals before they leave for spring break. WALC writing tutors and Hunter Library’s reference librarians will be available well beyond their normal business hours! Students can use the quiet study space to prepare for a midterm or work on a research project in a collaborative or individual setting. The event will also feature a workshop on time management from Academic Success Consultants, a visit from two therapy dogs, and a couple mini-Zumba classes provided by the Campus Recreation center. Snacks will be provided throughout the evening.


What do I need to bring? Bring a project you are working on, whether it be a research paper or notes to study for an exam. Wear comfy clothes and bring your laptop, if you wish. We will have some computers available.


Do I have to stay the whole time? No. This is an event to help you accomplish your goals--you may leave anytime you are ready.


Will there be food? Yes! Free snacks are available while supplies last!


Do I have to register? Yes please! Sign in if you want to take advantage of writing assistance, snacks, or some of the other study break opportunities.


Why are you doing this? The week before spring break is one of the busiest times at Hunter Library--the building and the reference desk. We thought this would be a good time to bring in extra support.

LNAP is brought to you by Hunter Library and a WCU Intentional Learning Plan Grant.  If you have questions about the event, please contact Elizabeth Marcus, Undergraduate Experience Librarian, emarcus@wcu.edu 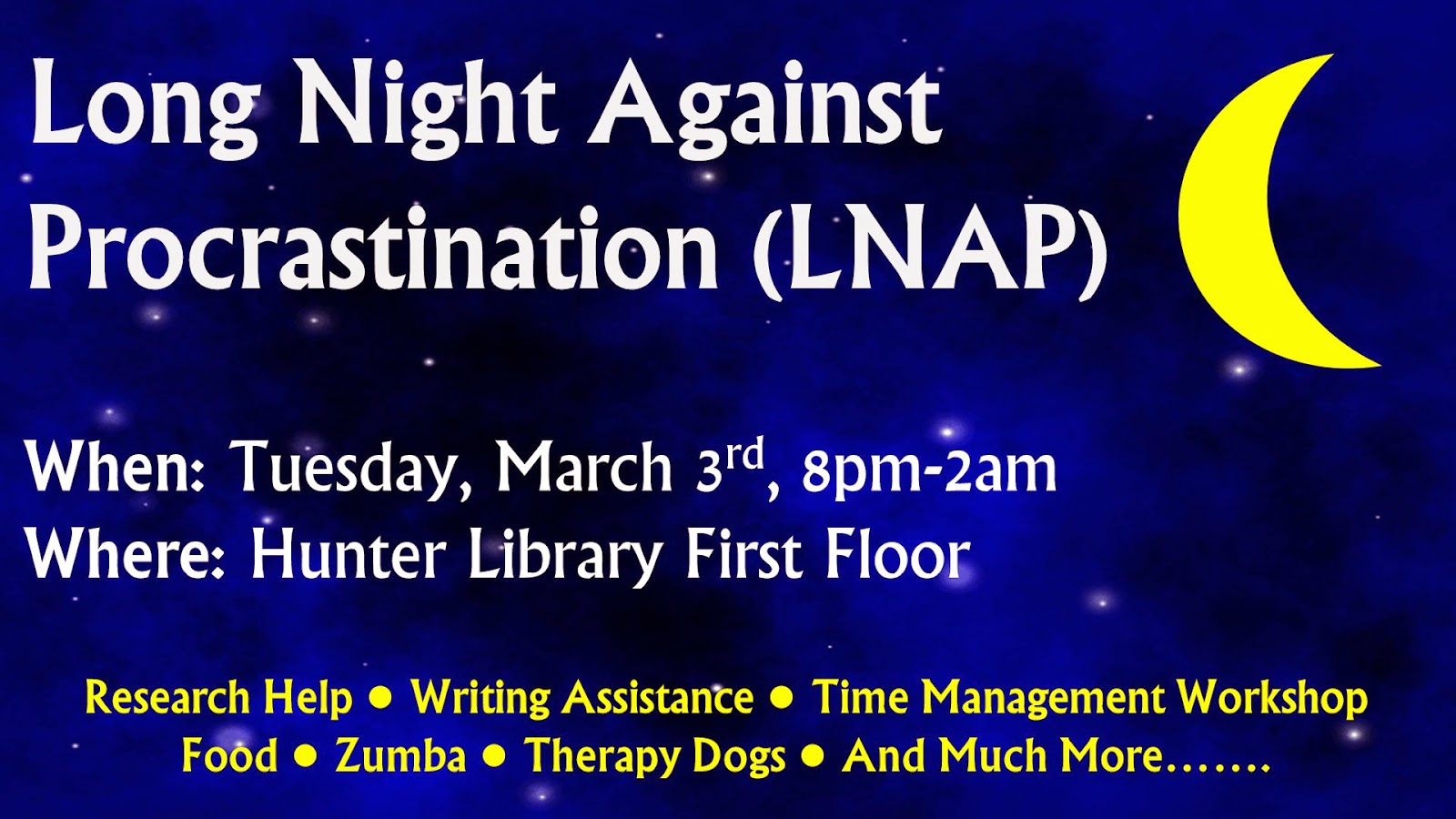 Here's a sampling of some of the new books and films that have arrived at
Hunter Library in January 2015.