Hunter Library is pleased to announce full-text online access to Blackwell Publishing journals. The full text to over 800 scholarly journals in science, technology, medicine; social sciences and humanities; and medicine and nursing will be available via the library catalog. Access for most journals begins in the mid-1990s.
Posted by K. Schmidt at 1/29/2008 02:40:00 PM 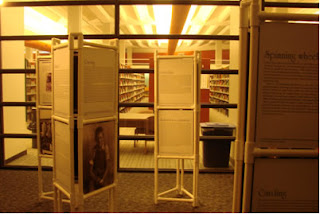 “Craft Revival: The Story, The People, The Crafts” is an exhibition currently on view in the lower stairwell of the Hunter Library. The exhibition introduces the story of the Craft Revival, a movement to produce and sell handcrafted items during the early part of the 20th century. The story is more fully told on the Hunter Library’s website, “Craft Revival: Shaping Western North Carolina Past & Present.” The website features over 100 pages of text explaining the movement, the people who participated, and the crafts that they made. Paired with the web-based story is a digital collection of over 2,000 images submitted by seven regional Heritage Partners: the John C. Campbell Folk School in Brasstown; the Museum of the Cherokee Indian and Qualla Arts and Crafts Mutual, both in Cherokee; the Penland School of Crafts near Spruce Pine; and the Southern Highland Craft Guild, located in the Folk Art Center on the Blue Ridge Parkway just north of Asheville. The online archive provides the visitor with a firsthand look at period documents, vintage photographs, and images of craft objects. 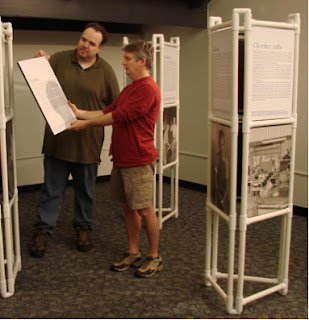 The Mountain Heritage Center and the Hunter’s own Special Collections are two Western Carolina partners in the project. George Frizzell, Head of Hunter’s Library’s Special Collections, has produced an online travelogue showing the region as it appeared in the 1910s. The travelogue was assembled from a railroad travel guide and is illustrated with period postcards. The Mountain Heritage Center has uploaded images of artworks that rotate for a 360° view. Other Hunter Library faculty and staff working on the project include Tim Carstens, Melissa Young, and Ginny Daley. Anna Fariello and Bil Stahl head up the project. The exhibition will remain on view until mid March. 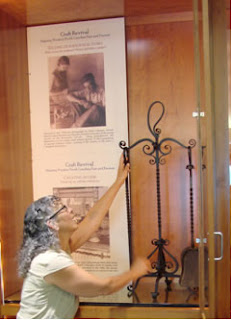 A second, related exhibit has been on view since July 2007 at the North Carolina Welcome Center on I-26 north of Asheville. This Craft Revival exhibit “Telling our Story” is illustrated with objects on loan from the Mountain Heritage Center. Both exhibits were designed and produced by project leader, Anna Fariello. The website is accessible from: http://craftrevival.wcu.edu
Posted by Melissa Young at 1/23/2008 08:15:00 AM

The NC LIVE Media Collection is a collection of more than 250 high-quality documentary and educational video programs produced for the Public Broadcasting Corporation. The collection includes covering the sciences, U.S. and world history, business, biography, health, politics, current events, and the arts, as well as a variety of other subjects. In addition, several educational series for children are included. Requires Flash Media Player 9.0 or higher and a high-speed Internet connection.

Headphones are available for checkout at the Hunter Library Circulation Desk.
Posted by Melissa Young at 1/09/2008 11:17:00 AM

Hunter Library is featuring Matt Aycock's photographic exhibit, “By Night.” Matt received his BFA from the WCU School of Art & Design last year. The photographs are urban landscapes taken at night. Matt used a long exposure to capture detail that the human eye is not able to see. The exhibit is located near the elevator on the main floor of the library. As part of "Arts in the Library," the exhibit is open and free to the public and will be available until the end of January.
Posted by Melissa Young at 1/09/2008 08:13:00 AM